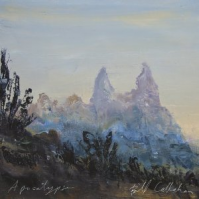 After almost 20 years of using the alias Smog for his music, Bill Callahan switched to his given name for his releases after 2005's A River Ain't Too Much to Love. The 2007 EP Diamond Dancer and full-length Woke on a Whaleheart both mixed the intimate, reflective, largely acoustic sound of later Smog albums like Supper and A River with gospel, soul, and pop elements, and boasted arrangements by former Royal Trux mastermind Neil Hagerty. For 2009's Sometimes I Wish We Were an Eagle, Callahan returned to the more intimate, acoustic-based sound of latter-era Smog albums, featuring string and brass arrangements by Brian Beattie.