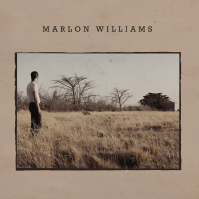 New Zealand alt-country troubadour Marlon Williams signs to the Dead Oceans label (Phosphorescent, The Tallest Man on Earth, Destroyer) and releases his self-titled debut album in early 2016. Marlon received five nominations in the New Zealand Music Awards 2015, the equivalent of the GRAMMYs in US or The Brit Awards in UK.

The record has been called "captivating" by Rolling Stone, "a revelation" by Metro Magazine and "wonderfully accomplished" by the New Zealand Herald in a 5-star review. With one of the purest voices in modern music, and the charisma and individuality to match it, the world is about to discover Marlon Williams.