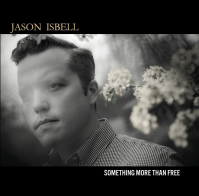 Something More Than Free

Jason Isbell - award-winning artist is back with his fifth album 'Something More Than Free', featuring Isbells Southern-inspired vignettes of working class men, women and traditions that permeate these 11 new songs. The pure honesty and authenticity of Isbells poetic lyrics and soulful vocals have connected deeply with so many, and they shine as brightly as ever on the new album. It is Isbells most sonically diverse album to date. The opening track, If It Takes A Lifetime exudes a classic country tone, while 24 Frames flows effortlessly with its easy, Laurel Canyon vibe. The wistful folk balladry of Flagship, along with the bluesy Southern rock timbre of Palmetto Rose and epic Children Of Children prove that Jason Isbell is an artist whose creative pinnacle has yet to be within sight. Something More Than Free is the follow up to Isbells 2013 breakthrough album Southeastern, which received overwhelming support from the press and sold over 150,000 copies. Isbell was subject of stories in outlets ranging from The New York Times Magazine and Wall Street Journal to NPRs All Things Considered and Fresh Air with Terry Gross. Jason Isbell & The 400 Unit made many television appearances, including The Late Show with David Letterman, Conan and Austin City Limits. Isbell won Artist of the Year, Song of the Year and Album of the Year at the 2014 Americana Music Awards.