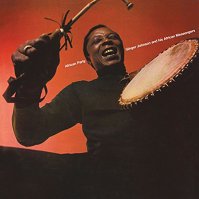 Ginger Johnson And His African Messengers