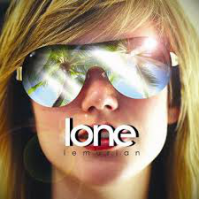 Originally released in 2008. It returns in 2015 re-mastered by Matt
Colton, with new artwork from Konx-om-Pax and on vinyl for the very
first time.

Bleep (Album of the Week)
“Kaleidoscopic, shimmering hip-hop instrumentals from Lone that fill
your ears with warm nostalgia and sails you away into a nebulae of
opiated psychedelia. Superb, accomplished 17 track album for
Dealmaker…a perfect seasonal soundtrack.”
Boomkat (Album of the Week)
“Lens Flare Lagoon conjures up the glistening, watery effect
suggested by its name, and ‘Buried Coral Banks’ has a Boards Of
Canada-meets-Jacques Cousteau feel that’s hard not to love”
The album returns perfectly timed for the summer.