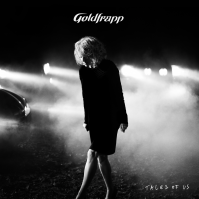 Goldfrapp return with their sixth studio album which is their most 'narrative, cinematic and intimate recording so far'. The majority of the album's track titles are either a male or female first name, reflecting the fact that 'Tales Of Us' is a series of 'evocative character sketches'. Alison Goldfrapp sets of her tales of the unexpected against Will Gregory's menacing musical backdrops.