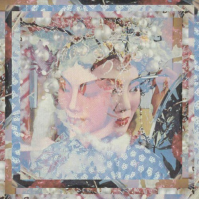 Out Of Touch, In The Wild

*** WHEN YOU PREORDER THE ALBUM PLEASE CHOOSE PICK UP IN STORE AND YOU CAN COLLECT DAY OF THE GIG AND YOUR X2 TICKETS WILL BE RESERVED FOR YOU TO COLLECT AT THE SAME TIME! ***

Dutch Uncles are set to release their new album 'Out of Touch in the Wild' on January 14th.

Now, they're back. Dutch Uncles are set to release their new album 'Out of Touch in the Wild' early next year, the product of frenzied sessions earlier this year.

Set to be released on January 14th, album taster 'Fester' has emerged online. Buoyed by the same itchy funk which fuelled Talking Heads, it's the subtle touches - the use of a marimba, or those xylophone notes - which really impress.