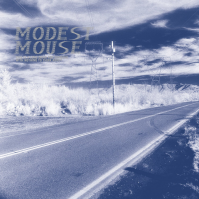 Modest Mouse's 1996 debut album expands upon the themes of emotional and geographic isolation found in the band's early recordings, and finds the band mixing slow, brooding numbers with thrashing guitar workouts. The general mood here is one of loneliness and desperation, eloquently expressed through both the lyrics and the rhythmic, sprawling instrumentation. Modest Mouse made their first significant mark with songs whose meanings are simultaneously universal and painfully personal.