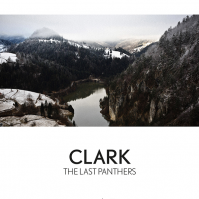 An album of music composed by Clark for Sky Atlantic#s #The Last Panthers# will be released on 18 March. Watch an album trailer below, set to footage from the series. The Warp Films produced crime-thriller aired on European television in late 2015, featuring an original score by Clark, as well as compositions from the late David Bowie and Roll The Dice. #Ranging from nuanced ambient to offbeat techno with various oblique sonic permutations in between, Clark#s accompaniment is a refreshing change from the often predictable set of emotional prompts that pass for TV incidental music.# # The Guardian on The Last Panthers