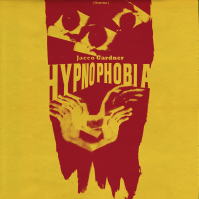 Its meaning may refer to a fear of sleep, but with Hypnophobia, the brand new album from the baroque pop prince and Dutch producer/multi-instrumentalist, Jacco Gardner s all set to cast a majestic and vibrant psychedelic spell that will hypnotize listeners at the point dreams and reality meet. Since unveiling his Cabinet of Curiosities in 2013 (released on the Trouble In Mind label), tastemakers and fans alike have been drawn deeper into Jacco Gardner s fantastical fairytale kingdom. Hypnophobia captures a true sense of exploration, combining Gardner s newfound love of travel with his continued passion for collecting and playing vintage instruments. The album features a Wurlitzer electric piano, waltzing alongside mellotrons, harpsichords, an Optigan, and an antique Steinway upright piano. It s a stunning exhibit of lush instrumental tracks as well as songs that boast lyrics worthy of any great pop number. Fusing fantasy with sublime twisted reality, Hypnophobia was recorded in its entirety at Gardner s Shadow Studio. For most tradition enthusiasts, it d be all too easy to rehash the past. But that s where Jacco Gardner s differences lie. Playing all instruments except for drums, Hypnophobia brilliantly captures a unique artist and future-vintage aficionado operating at a far higher state of consciousness.